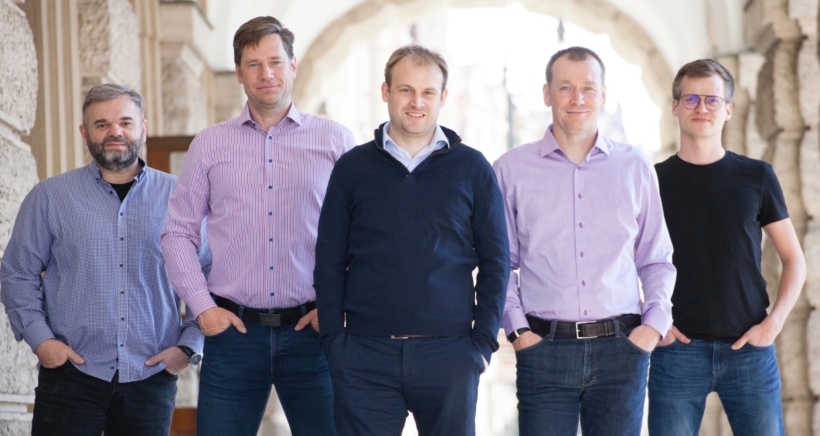 Pale Fire Capital and David Šiška establish a new seed fund & studio Purpose Ventures, focused on ambitious technological startups that tackle the issues of sustainability, physical and mental health and strengthening the dignity of each individual. They have CZK 100 million of their own capital for the first investments, which they are ready to gradually increase. The fund is based on the experience of Šiška and Pale Fire Capital team with building billion-dollar companies from scratch. The aim of the fund is to support the creation and scaling of services and products that contribute to solving real problems in the world and to support business in the Czech Republic.

Šiška, who was involved in building Miton’s Magic Almara companies, and especially Bonami since 2012, which he led as CEO between 2016 – 2019, will lead the new seed fund Purpose Ventures as a partner.

David Šiška: “In the last year and a half, I have allowed myself to discover what to do next. In addition to mentoring the founders of three Miton projects, I researched the world of impact investing in Europe and globally, and found a form that I believe in. I also started co-organizing a meeting of startup founders to exchange experiences. Everything fell into place at the end of the year and I decided to establish a seed fund & studio Purpose Ventures, based on a fair pro-founder approach with investments mainly in meaningful ambitious companies. I believe in cooperation and I would like to create a ring of experienced founders and builders around us who would co-invest with us.

Coincidentally, the idea met with the phase Pale Fire Capital was at – wanting to focus on larger tech private equity deals while looking for ways to continue to cover the investment seed phase. We therefore decided to join forces.

Pale Fire Capital is a team of professionals, their approach to building companies, versatility in investments, speed of decision-making and system support of non-profit organizations and public affairs has always been very close to me. I am glad that even in the name of Purpose Ventures, we will donate a percentage of the portfolio´s value to selected non-profit organizations every year.”

Pale Fire Capital is undergoing a significant change in its operation and focus this semester. It is complementing its team with experienced professionals and builders from the private equity field, and going forward, it will focus more on already established technology companies that have hit their ceilings and barriers but have the potential to grow into unicorns.

Dušan Šenkypl: “David and I met at the right time. For some time we have been considering changing the Pale Fire Capital model and redirecting our capacities. We did not want to lose the seed phase and were looking for a way to do it. We liked David’s idea of ​​a seed fund focused on meaningful startups, which fits into the approach we have had so far in choosing investments. David and I have been on the same wave since the first meeting and we look forward to working with him.”