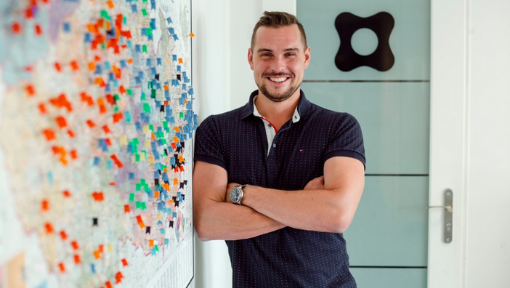 The largest tool for complete communication between cities, municipalities and citizens, Munipolis, changes its ownership structure. The current leader of the project Ondrej Svrcek is selling the majority of his ownership to an investment firm of Jan Barta, Dušan Šenkypl and David Holy Pale Fire Capital. A transaction involving tens of millions CZK will enable Munipolis to finalise the last stages of development and significantly accelerate its global expansion. The new owners are open about their global ambitions.

Up until this moment, Pale Fire Capital owned 10% of the project, but it is now increasing its stake to 80%. The remaining 20% is divided proportionally – the stake of the founder Ondrej Svrcek drops to 16.55%, and minority stakes are also held by the company’s key employees – Sales Director Ivan Kosturák, Ondrej Fendrych and Martin Roucek. David Holy will be the key partner from Pale Fire responsible for the project. Ondrej Svrcek will continue to serve as the company’s CEO and author of the vision, supported by the current team in place.

Our common goal is to finalise the last stages of development of the main product and subsequently launch expansion into other countries, under a new global brand. The path should be free for such a complex and unique service – the technology of Munipolis is easily transportable and compatible with elements of smart governance. The Western world has for a long time been working on improving the transmission of information to citizens, especially in sudden crisis situations, such as terrorist attacks, or as a way to eliminate the effect of fake news, which are also present in the communication from cities and municipalities, including during the current corona crisis.

“It is our ambition to create the most useful tool for government communication, but also to start a revolution that changes perspective on smart communication in many countries. We offer a complex communication service with easy onboarding and a shared database of SMART citizen contacts. This is unique in the world”, says David Holy from Pale Fire Capital.

“Our speed of innovation remains constant, we keep on innovating on many fronts – creating a database of smart contacts, which is one of the main pillars of Munipolis, connecting the majority of standard communication tools used by governments under one roof, as well as developing an ambitious social network where news from municipalities and neighbourhoods can be shared – which we aim to introduce until the end of this year. Already in the year 2021 we would like a third of governmental institutions to be using Munipolis, within 3 years, we would like our project to inspire the creation of pan-European standards for SMART communication”, says Ondrej Svrcek.

Munipolis gives municipalities, cities and institutions one of the most modern tools for smart communication with citizens. It sends information using SMS, email or messages to mobile phones. It informs about energy shortages, about cultural events, but also about lost people and animals. It helps to solve faults across the Czech Republic and it involves citizens in current matters using surveys and participatory budgets.

At the moment, a thousand municipalities in the Czech Republic use Munipolis, including city districts of Prague, Brno and Ostrava. There are more than 450,000 registered citizens on the platform, which has sent 22 million messages and facilitated 25,000 citizen initiatives during its existence. Together with the Ambulance application, it forms the digital System for Citizen Warnings for fast communication during life-threatening emergencies.

You can find more about smart communication on Youtube.