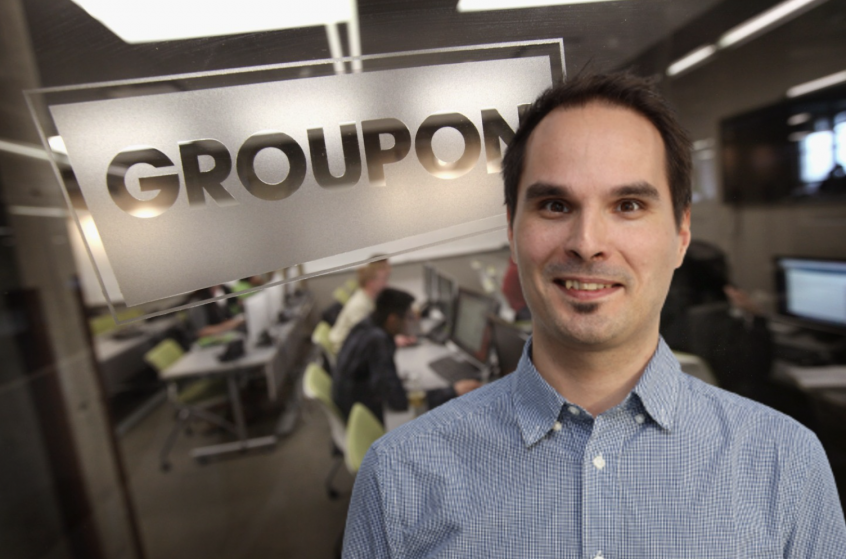 Following the announcement of PFC’s first investment in Groupon in January this year, and the addition of partners Dušan Šenkypl and Jan Barta to Groupon’s Board of Directors, PFC is collaborating closely with the Groupon leadership team to help build a strong technology team to transform the company’s overall strategy.

Vojtěch Ryšánek, who previously served as CTO of Aukro.cz is joining Groupon as Interim CTO. Aukro is a vital auction marketplace in Central Europe, and Ryšánek an important part of the transformation of the once loss-making and now booming. Ryšánek will now support Groupon’s entire technical development team, which is now in the upper hundreds of developers. One of his priorities is to work with Groupon’s management team to streamline the global tech team and help reduce the overall cost of the technology side of the business.

At the same time, he is starting to build a strong technology team leveraging PFC’s network, which will be tasked with creating a new technology platform for 10 European countries to allow faster deployment of new services and, most importantly, a better customer experience. The team will be contacted directly for Groupon.

” We see a strong parallel in Groupon’s story with Aukro, which historically had a solid brand and market position but gradually lost its position. We have managed to more than double Aukro in less than three years to more than CZK 3bn in value traded, putting the company into a strong profitability position. Vojta’s involvement in Groupon’s management team is a great first step in that same direction, and I am hopeful that by working with Groupon’s management team and Board, PFC may help identify more quality people from the Czech Republic who will be part of this transformational story. I believe we will further strengthen the confidence and self-belief of the Czech people to build projects with global reach,” said Dušan Šenkypl, Partner at Pale Fire Capital.

PFC is already actively helping Groupon’s management team with strategy and advising on product setup as well as assisting on identifying potential key team members for the company, which is publicly traded in the United States. The goal is to reverse the current downward trend in the value of Groupon, which has over 20 million users and sells more than CZK 44 billion worth of services and goods annually. “We know from Slevomat’s experience that EBITDA margins can be as high as 25%. Therefore, our goal is not only to grow sales but to increase the company’s overall profitability, where we see a lot of room”, adds Dušan Šenkypl. Slevomat.cz was established in 2010, inspired by Groupon’s daily deal business model. In 2015 Slevomat.cz and its Slovakian counterpart Zlavomat.sk started a successful transformation towards local services and experiences platform. In 2017 Slevomat Group was acquired by Secret Escapes.

“I’m excited about the new challenge, which is order of magnitude bigger than Aukro. We see many opportunities in Groupon that we want to take advantage of quickly. We are working with Groupon to build a strong technical team. We are looking for up to 40 people in total to build a complete delivery center – i.e., a set of roles with a startup mindset and drive to move things forward – ranging from Senior Developers with knowledge of Typescript, Node.js, React, Architects with an emphasis on scalable Kubernetes-first solutions, Product Owners, Delivery Engineers, DevOps, and QA roles. This team will significantly help accelerate the entire transformation. Additionally, we are looking for Java Developers, Delivery Managers ideally with experience running in the Cloud, Agile transformation experience, and Jiras to help push the existing platform to the global team. We have all the positions listed under PFC/Groupon on the StartupJobs portal, which helps with the selection process”, said Vojtěch Ryšánek, Interim CTO of Groupon.

The entire transformation process is being carried out in close cooperation with CEO Kedar Deshpande, who previously worked for almost 11 years at Zappos and has been Groupon’s CEO for the last year.