Dedication to sports and the ambition to bring the real cyclist experience right to one’s home is what struck us about Petr and Jiří Samek. An amazing cycling experience from using their product triggered our talk, gradually leading to ROUVY becoming a part of our portfolio. What we like about ROUVY is that it is a startup from Vimperk with a global overlap and users in the USA, Canada, France and Spain. It is also a company focused on sports which we have a very close connection with.

Aukro used to be synonymous with buying and selling on the internet. Following a steady decline from top market positions, the previous owner, Poland-based Allegro, decided to sell the company. With financial support of Czech investors, the original management team bought the company. What followed were two challenging years, during which the company dealt with developing a completely new platform, with many disappointed users and further economic decline. Eventually the company was able to stabilize the situation, however, there were still disagreements among the owners about future strategy, and due to bank financing only, it was impossible to accelerate expansion. After thoroughly analyzing the situation, we decided to buy out the existing external investors, recapitalize the company and rebuild from scratch its operational, marketing and customer service processes. In 2020, Aukro grew by more than 50%, and it is regaining its market positioning.

UptimeRobot is one of the largest global services for monitoring website uptime. UptimeRobot alerts you to significant issues, monitors site response times, detects performance hiccups, and informs you instantly about it. Currently, the service has more than 1.5 million users and monitors over 6 million websites.

Kamil´s idea of a community farmers´ market appealed to us because we ourselves have experience with an insufficient assortment of good quality foods in smaller cities, especially local and organic. Scuk significantly helps local farmers and food producers, promotes sustainability and local economy, and as an added bonus, it connects and creates neighboring communities. Kamil and his team do a good job, supplying quality food to around 500 neighboring communities across the country.

The Mubi Insurance Comparison website was established in 2019 with the aim of simplifying the process of selecting and decision making with users who are looking for the most suitable insurance. Thanks to our previous experience with building the Czech No.1 ePojisteni.cz as well as our experience with other markets we are able to help the company grow and develop extremely effectively. Online services for customers are a quickly evolving segment which we enjoy being involved in. Our mutual goal is to become the leader in the Polish market.

Michal and his team have an ambitious goal - design, build, manufacture and perhaps even operate planes with vertical take-off for 4 people. Do you want to fly from your own garden to an island in Croatia in 2 hours? With Zuri, this is no problem. Zuri is not our standard investment but we believe that sometimes it is right to support even a highly ambitious project. We hope to welcome you on board soon!

We invested in Ondrej Svrcek´s project Mobilní Rozhlas in 2018. It is the most widespread Czech solution for communication between municipalities and its citizens and for reporting civic complaints. It is used by more than 1,300 municipalities. In 2020, we jointly created an international expansion strategy, which we started to implement in 2021 with the goal to gain customers in the first 5 countries. Part of the expansion plan is also renaming the company and creating a new brand Munipolis.

Jenprace.cz is the second largest job portal in the Czech Republic, which is visited by over a million users per month and features advertisements from more than 4,000 companies. Since 2017, our common goal is to provide companies with a more profitable and higher quality service than the monopoly-built job portals, which have barely changed in recent years. We know that the job market is changing and we want to be the ones to change it.

LitFin is a Central European pioneer in so-called litigation financing. The principle of it is simple: in exchange for a share of the settled or conciliatory negotiated amount, LitFin covers all plaintiff's costs related to the particular litigation. This contributes to enforceability and accessibility of the law for individual claimants - and this is one of the reasons why we added LitFin to our portfolio. Another reason is the enthusiasm, ambition and drive of Maroš and his team.

Frantisek came to us in a very difficult situation. His startup Newstin lost tens of millions of his and his investors´ money and he was threatened with the foreclosure of his own home, which guaranteed the company's loan. We were quickly able to understand the market potential of the technology and we strongly believed in it. We bought the claim, acquired the assets and founded a new company Semantic Visions, adding in additional capital for its development. Frantisek continued to manage the company and together we intensively worked on commercializing the technology. New product Supplier Risk came to exist, allowing its customers to monitor supply chain threats from public sources, which Semantic Visions continuously monitors in 12 languages including Chinese, Arabic and Russian. At present, more than 200 global companies use the product and in 2019, Semantic Visions experienced 100% year-on-year growth. We are also very pleased that Semantic Visions is cooperating with NATO to actively battle disinformation campaigns.

Honza, Michal and Petr came to us with an idea of agile outsourcing of ICT specialists. Together we were quickly able to build a business, which sets a high bar for the industry. We offer ICT specialists the best terms of cooperation, a wide range of attractive work opportunities, as well as a system for further education. A successful market entrance is validated by the numbers as well - in the first year of business, it reached sales of about CZK 150 million.

Alex came to us with his vision to digitalise the B2B travel segment. Even today, it is common that travel agencies requesting hotel services for their clients use platforms that are operated by thousands of agents who mainly communicate by phone. DaVinci makes the whole process easier, cheaper and faster, and we strongly believe that DaVinci will become the full-fledged B2B alternative of Booking.com.

George and his partners are attempting to digitalise Czech agriculture, which is largely depending on paper evidence and systems that often do not communicate well with each other. Agdata can be used for a complex management of the business, monitoring and securing agricultural technology, monitoring animals, as well as the state of the soil. The result is a more effective and cheaper farm operation, including the reduction in the use of pesticides and other chemicals. Agdata platform is used by more than 2,000 Czech farmers.

Tomas and his partners appealed to us due to their structured approach. Daytrip is a global platform, which facilitates inter-city transfers for tourists using local drivers. It offers its services in more than 60 countries across 6 continents including the USA. In 2019, over 100 thousand travellers used their services, generating sales of CZK 400 million.

Jakub has built a unique marketplace connecting households looking for various services with service providers that have free capacity or that are looking for further growth. The project is unique in that the matching process is built on quality. While in traditional platforms of this kind, requests for services are sent to all companies in a given field, our platform sends quality requests only to companies that are interested.

Radek built a sophisticated tool to calculate real estate prices, enabling users to easily determine a fair price of property they already own or are about to buy. Besides end users, the tool is used by banks, real estate companies and valuators. It provides invaluable information about the development of the real estate market, both at the country level as well as at the level of individual cities and neighborhoods.

At the end of 2015 we met with Honza and radek regarding their project Favi.cz - search engine for furniture and home decor, at that time reaching sales of CZK 200 thousand per month. We quickly understood the scale of the opportunity, we saw capable and structured managers in the company's founders and we knew how we could add value - using our experience with scaling a similar business model and a healthy level of aggressivity. The result of our cooperation? In 2020, Favi has annual sales of over CZK 750 million, operates in 6 countries (and soon we are adding more) and belongs to the fastest growing internet companies in Europe (4th in Deloitte's Fast 50 2020). Exited in 2022

Part of Pale Fire Capital group is also a seed fund Purpose Ventures, whose mission is to invest into ambitious technology companies that have a higher purpose than simply earning money. We invest in projects that tackle the issues of Sustainability, Healthy lifestyle and Human potential. David Šiška is the partner of this CZK 100 million fund. 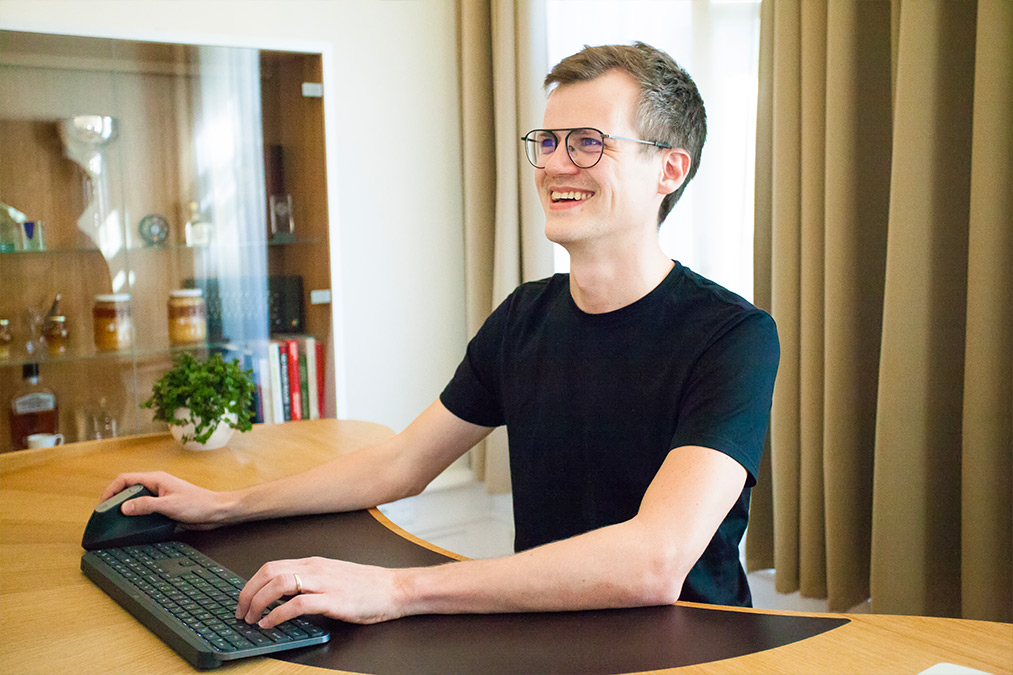 We are continuously searching for new projects

If you feel like you share our values and have an interesting project, gather your courage and contact us. We will be happy to very openly share our point of view and give you ideas how to develop your project further.

Come try it, just as Favi did back then.
Contact us!